We began the lesson by doing a quick warm-up with the C major scale. Anna has a tendency to twist her wrist while she’s doing the full scale, so we worked on moving the thumb under without moving the whole hand/wrist. We also did the 5-finger C major scale (going from C to G then back down again) to focus closely on the hand position again.

We took a look at Stars and Stripes Forever. Anna did such a great job with this! The last three lines sounded more confident and strong than they had in previous weeks.

We also looked at Alberti Etude. Anna did such a great job playing this! She was very confident throughout. I think she’s ready to move onto the next etude, which also works with the Chromatic Scale.

I’d like Anna to review Stars and Stripes Forever for one more week, just to make sure everything is solid and consistently smooth. She should review it 2-3 times per practice session. She can also add dynamics.

Chromatic Scale page: Anna can choose how she’d like to practice the Chromatic Scale warm-ups. I suggest she do two per day and alternate which ones she works on, but it is up to her. Either way, we will probably be working on the exercises for a few weeks, so if some warm-ups are played fewer times than others, she can focus more on them the next week.

Chromatic Scale Etude: I’d like Anna to just work on the first line of the etude. She can start by practicing hands separately, but I’d like her to try to play it hands together later in the week.

Anna should try to practice for 20 minutes every day! She can break up the sessions into two 10 minute sessions with a break, if that works better with her schedule.

This week, we began by reviewing the A songs from last week. Megane told me that she’d been working on the theory pages with her mom, which is great to see. I asked Megane to make sure to bring the book next week so I can see what she’d worked on and make sure it’s all correct.

We looked at two songs which review all the notes we’ve learned so far: North Wind and Swimming Pool. In these songs, we also reviewed how to read a time signature (the top number at the beginning tells us how many beats are in each section of the piece), and that a time signature can have a 3 or 2 on the top instead of the 4 we’ve seen before.

We also started to do some ear training work. I asked Megane if there was a pop song she liked listening to at home. She mentioned The Scientist by Coldplay. We listened to the first ten seconds or so of the song, and I asked Megane to listen to what the singer was signing. I asked her to sing it back with me. Then, we tested out notes on the keyboard until we found the starting note. Megane was able to find the other notes based on singing the melody back several times.

I want Megane to review North Wind and Swimming Pool at home. I encourage her to write in the note names, especially the ones she often gets confused by (A and B in the bottom staff). Mom can help her with this. All the notes we’ve learned so far are in the book with pictures of how they look on the staff. You can refer back to those when you’re unsure which note is which.

Megane can continue to work on playing the melody to The Scientist by listening to the singer in short segments.

I want Megane to bring her book next week so I can check her answers. Megane should play for 5 minutes every day, reviewing the two songs 2 times each, and then she can work on the listening activity with the Coldplay song.

We started the lesson by doing a warm-up I’d introduced while working on Make Up Your Mind: the double thirds! Sacha played this hands separately, and I asked him to focus on trying to keep his fingers curved. Sometimes his fingers have a tendency to stick straight out when they’re not playing a note. I had Sacha hold a ball in his hand and told him his hand position on the keyboard should resemble the shape his hand is in while holding a tennis or stress ball.

We then looked at Greensleeves. I liked how Sacha counted out loud and played a consistent speed. We worked on adding the pedal and I showed Sacha how to do it. It’s important to release the pedal and then depress it again before playing the next chord. The goal is to have no silence in between the chords in the left hand.

Sacha should play the double thirds as a warm-up, hands separately. He should focus on keeping his fingers curved and keeping his wrist relaxed while playing. He should continue to practice Greensleeves while counting out loud, and should add in the pedal. He should be playing for 15 minutes every day.

This was Zoe’s first lesson ever, which was super exciting! We started right at the beginning of My First Piano Adventure Lesson Book A. We spent some time working on the sitting position. Then we did a few of the activities in the book, including working on the hand position, and playing short and long notes. We reviewed every concept a few times to make sure she’d remember.

Zoe should practice the sitting position “The I’m Great Pose,” and also work on the activity “Sounds on the Piano.” Mom or Dad can help her with this activity. She should be getting in the habit of practicing and sitting at the piano by doing this every day for five minutes.

We began the lesson by doing a few warm-ups from one of my books. It introduced concepts like connecting notes and playing really short notes. Nelly did a great job reading all the notes and understanding what each exercise asked her to do!

We then reviewed the song she worked on last wee “Write Beethoven, Write!” Zoe was a bit confused about the rest and kept skipping over it, so we spent some time reviewing how to count a rest. I showed her that the rest was the same length as a quarter note, but instead of playing a note, there was silence. Nelly understood the concept, but had some trouble playing. We stood up and did other clapping activities with the song, like tapping the floor, or stomping. Nelly jumped the rhythm of the song and left space for the rests!

We also did a few note recognition games towards the end. Nelly did very well with this as well.

I’d like Nelly to play Rock It and Roll It this week. A parent should watch her doing the song to make sure she keeps the rests and doesn’t skip through them. You can ask her “what does this mean?” and point to a rest (it looks like this) 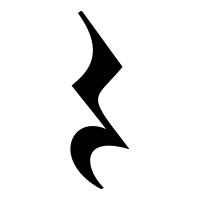 You can also ask Nelly to say “shhh” every time she encounters a rest in the song. This may help her include the space the rest needs.

Nelly should play for 5 minutes every day! I suggest she play the song 2-3 times. If she finishes working on her song before the five minutes is up, she can play whatever she likes. It’s important to establish the routine of sitting at the piano, and will eventually lead to self-directed practice!