Daniel is a multi-instrumentalist, composer, and performer from Toronto with a passion for exploring music of all genres and origins.

Daniel received his Honours Bachelor Degree in Music at York University where he originally attended for jazz, but soon branched out into Film Composition and world music such as Klezmer, Balkan folk, Baglama, Eastern European Folk, Flamenco, and Celtic. Since graduating he has primarily focused on crafting and performing on soundtracks for various feature and short films, plays, and television pilots, including Netflix releases and one theatrical release under the mentorship of the prominent Canadian Composer, Lesley Barber.

On the performance front he has also performed and written several EP’s alongside other Toronto artists in the genres of rock, funk, metal, alternative, folk, experimental, and flamenco, and continuously explores new and interesting avenues of guitar related genres.

Music for him is a life long pursuit, and he approaches it as a life long student. Through the one know many.

Get to know Daniel…Beyond the Bio!

Favourite Song: At the moment it would be The Girl From North Country by Bob Dylan.

Favourite Book: a tie between – Joseph Campbell, The Power of Myth; Khalil Gibran, The Prophet.

Is Daniel Your Teacher?

We have some changes in Guitar for this coming school year to inform you of.

Expect a call from us to make sure we have you in a day & time combination that works for you.  We apologize for the inconvenience, but hope that this will be sorted quickly and remain stable for the duration of the school year.

Thanks for your patience, understanding, and support! 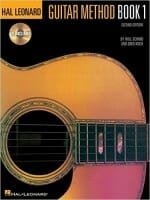 The second edition of this world-famous method by Will Schmid and Greg Koch is preferred by teachers because it makes them more effective while making their job easier. Students enjoy its easy-to-follow format that gives them a solid music education while letting them play songs right away. Book 1 provides beginning instruction including tuning, 1st position melody playing, C, G, G7, D7, and Em chords, rhythms through eighth notes, solos and ensembles and strumming. 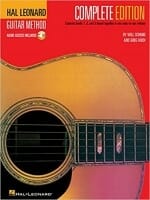 The Hal Leonard Guitar Method is designed for anyone just learning to play acoustic or electric guitar. It is based on years of teaching guitar students of all ages, and reflects some of the best teaching ideas from around the world. This super-convenient Complete Edition features the new and improved method books 1, 2 and 3 spiral-bound together. 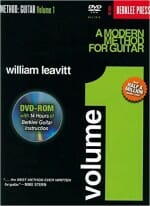 This pack includes Volume 1 of this practical, comprehensive method book (the basic text for the guitar program at the world-famous Berklee College of Music) PLUS a matching DVD-ROM featuring 14 complete lessons with Larry Baione, chair of Berklee’s guitar department. 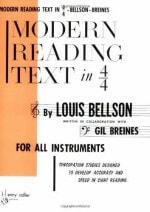 This book has become a classic in all musicians’ libraries for rhythmic analysis and study. Designed to teach syncopation within 4/4 time, the exercises also develop speed and accuracy in sight-reading with uncommon rhythmic figures. A must for all musicians, especially percussionists interested in syncopation. 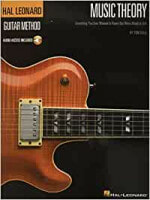 Guitarists of all levels will find a wealth of practical music knowledge in this special book with online audio access. Veteran guitarist and author Tom Kolb dispels the mysteries of music theory using plain and simple terms and diagrams. The accompanying recordings provide 94 tracks of music examples, scales, modes, chords, ear training, and much more! To access audio visit: www.halleonard.com/mylibrary