Hi everyone! Great week! Boy is January flying by :) Have a good one.

Come See the Parade. This includes a new note, the G below middle C. Today we played it with the “Practice tempo” video in the QR code, but there is a faster “Performance tempo” also. Try and play it with this by the end of the week.

Parental help: Please constantly remind her to use rounded fingers. She should be playing with her fingertips. It is very important she does not play so close to the edge of the keys, with her thumbs hanging off. Now with this new G major scale, she has to play a black key after many white keys, and with her current habit has to slide her hand all the way in to reach it. This can be easily solved by simply have the fingers closer to the black keys always, and having them nicely rounded.

Below are two reference photos: ex 1. flat fingers and ex. 2 thumbs hanging off the edge. ex. 3 is proper position, rounded fingers and the “corner” of the thumb is on the keys :) 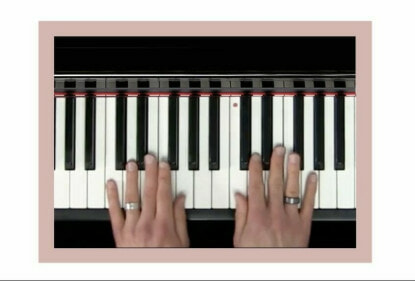 Amazing Grace Lead Sheet. Experiment with using different inversions for your LH chords, for both sound and ease of hand movement. Remember a 7 beside a chord name means to add a FLAT 7 on top of the chord (so take the normal 7th note in the scale and lower it a half step).

I’ll try and find the Avatar theme sheet music for you.

Variation 1 from Goldberg Variations – practice hands seperate! Listen to each line as it develops. Notice the sequences. Give Glenn Gould’s interpretation a listen here. Another fun “hands seperate” way to play would be to play each subject by itself so for example, the first 4 bars in the RH and then the same subject in the LH immediately after to help develop a sense of cohesion. Then the LH first 4 bars, followed by that same subject by the RH. Above all, stay slow and steady and trust the process! You’ve got this!

Colour code each “voice” (upper or lower) to see which melody to bring out in each section while listening.

Boat of Tai Lake, first 16 bars –  “this piece describes a scene where a boat sails on Tai Lake near sunset. At first there is a feeling of stillness, evoked by the mountain and transparent water. Then comes with wind – making the reflections of the lake and the shadow of the moon, vibrate.” I was able to find this recording of the original folk tune on Spotify only, give a listen. 0:24 is equal to measure 9, it’s fun to follow along!

Notice how close the hands are together? This makes it so both hands are combining together to make one melodic line. If a person sung this, the whole first line would be one phrase, it would not break when we switch hands. Try and make it smooth and connected. Practice measure 8 into 9 to ensure you can do the LH position switch without missing a beat.

You can warmup with your C and G major one octave scales. 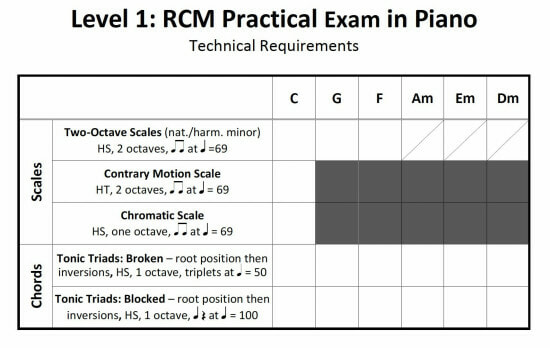 Polish up The Snake, Angelfish and a List A piece of your choice. Try to pick one that is contrasting to the vibes of Angelfish and Snake. We’ll pick an etude next week.

Jurassic Park – hands together. Practice the notes where one hand plays alone. These are the ones you are struggling to coordinate. So practice simply holding down the one hand and then playing the other isolated note without releasing the held note.

Explore the I-vi-IV-V chord progression. Today we did it in C, and improvised over it – and you were able to figure it out in G as well. Figure out the chords in one other key of your choice, and remember all your triads will be made only out of notes that appear in the I chord’s scale.

When warming up with scales, be sure you are performing them two octaves.

Last part of Eine Kleine Nachtmusik. This speed is the goal. Be sure to pay attention to the quarter rests and ensure they have one beat of silence. The notes with < under them can be played louder than the rest of the notes. Great reading today!

You can also prepare as much of the next Detective piece as you can work out by yourself. You read the first two bars so easily today in lesson! Great work!